Carnival in Veracruz 2023: Facts, Costumes and Why Do They Celebrate

Mexican carnivals are, without a doubt, some of the most colorful and intense celebrations in the entire world! And Veracruz is the largest and most famous carnival celebration in Mexico (along with the Mazatlán Carnival), which is considered the best after the Rio de Janeiro Carnival. This carnival is sometimes called «El más Alegre del Mundo», which translates to «the funniest carnival in the world». 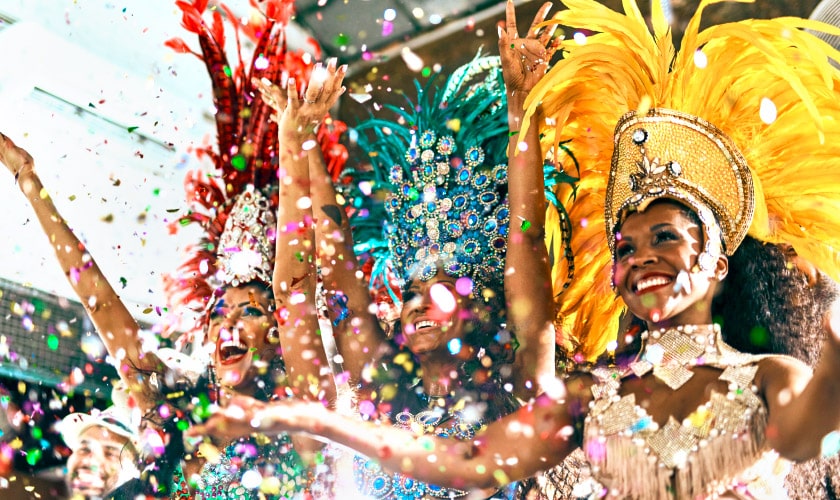 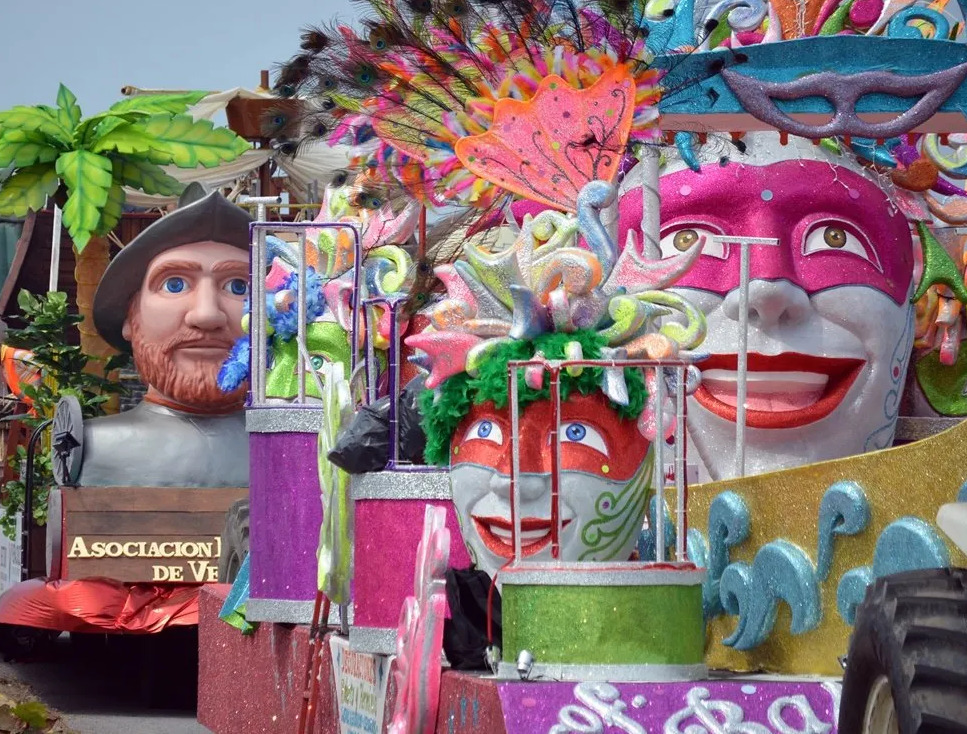 When is the carnival in Veracruz in 2023?

The Carnival of Veracruz always takes place in the days leading up to Ash Wednesday, the first day of Lent, 40 days before Easter.

Carnival dates always vary because the date of Easter is based on the lunar calendar. But in 2022, the carnival in Veracruz was moved to summer because of COVID. And it was decided by the committee that the carnival festivities would continue to be held in the summer.

The dates for the carnival in Veracruz in 2023are from Thursday, June 29 to Wednesday, July 5.

Where is the carnival in Veracruz?

Veracruz, officially known as Heroica Veracruz, is a municipality on the Gulf of Mexico in the state of the same name in east-central Mexico. This large port city is home to diverse cultures, mostly indigenous, ethnic Spanish and Afro-Cuban.

Many official carnival events take place in SoCalo. They include live entertainment, the opening and closing of the carnival, and a market of Indians who sell handmade items on blankets laid out on the sidewalks. 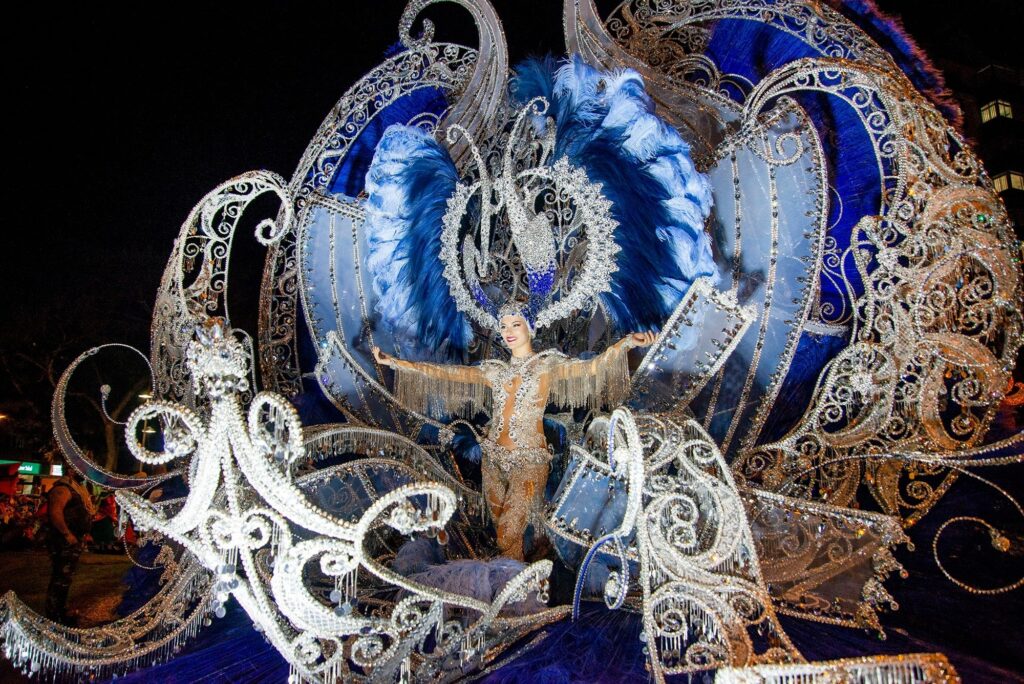 Socalo is the center of the city of Veracruz. All the bars, clubs, and restaurants in the area are filled with people throughout the carnival, partying until dawn. During the carnival, a large stage is set up in Socalo with free entertainment, music concerts, dance troupes, jarocho shows, and performances. Numerous street performers and musicians put on impromptu shows along the perimeter of Socalo and the official entertainment venues.

Socalo is also the site of the two events that open and close the Carnival of Veracruz, the burning of the Bad Mood and the funeral of Juan Carnival. There are plenty of street vendors selling everything from food and drink to traditional craft items.

How is carnival celebrated in Veracruz?

Carnival in Veracruz attracts nearly a million people each year! The city is virtually non-functional during Carnival because many visitors from all over Mexico and the world come here and fill all the streets. The streets can be so crowded that those who don’t have time to book a hotel room simply live in their cars during the carnival.

The Veracruz Carnival is a free and colorful celebration filled with amazing parties, parades, and live music. It is a celebration that brings together all residents and guests, regardless of their nationality or social status, and allows them to enjoy life, eat and drink to their heart’s content, and party until dawn! 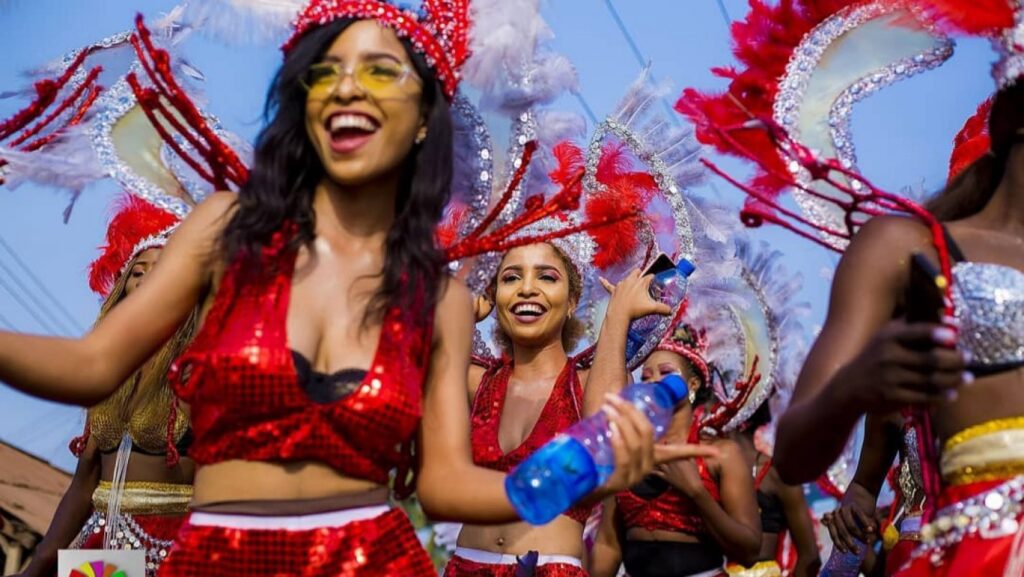 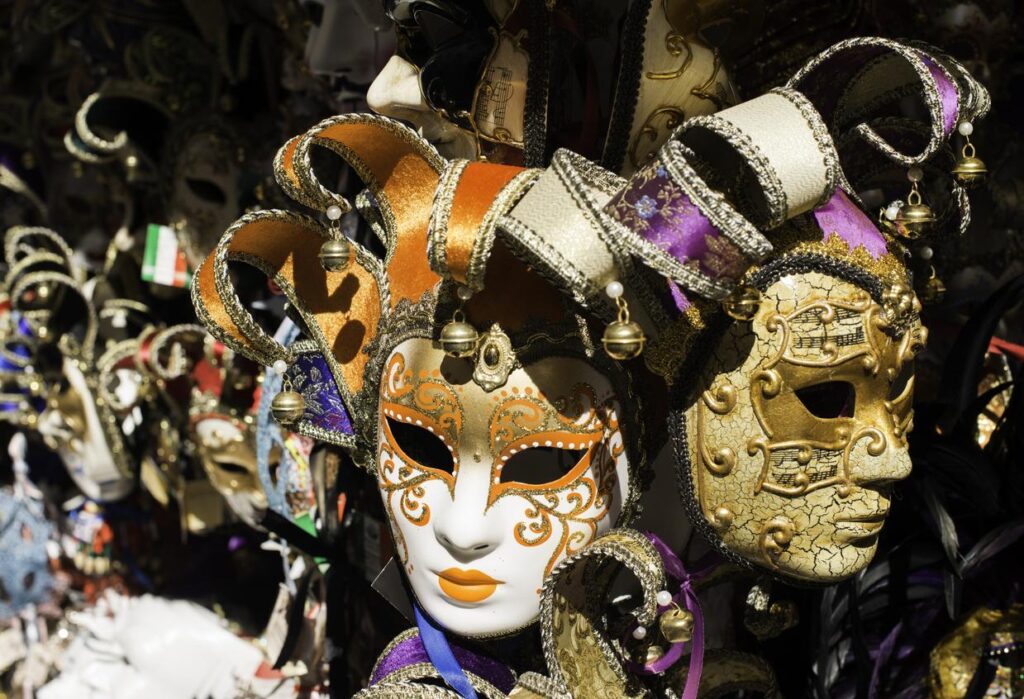 The first event of the carnival is the Burning of Bad Mood (Quema del Mal Humor) ceremony, which takes place in Socalo. It is usually an effigy of a famous person (Mexican or foreign): a politician, a celebrity or a criminal, or it can represent an abstract negative idea, such as war or mortal sin, which is burned so that people symbolically leave behind their everyday worries and sorrows and the fun begins. 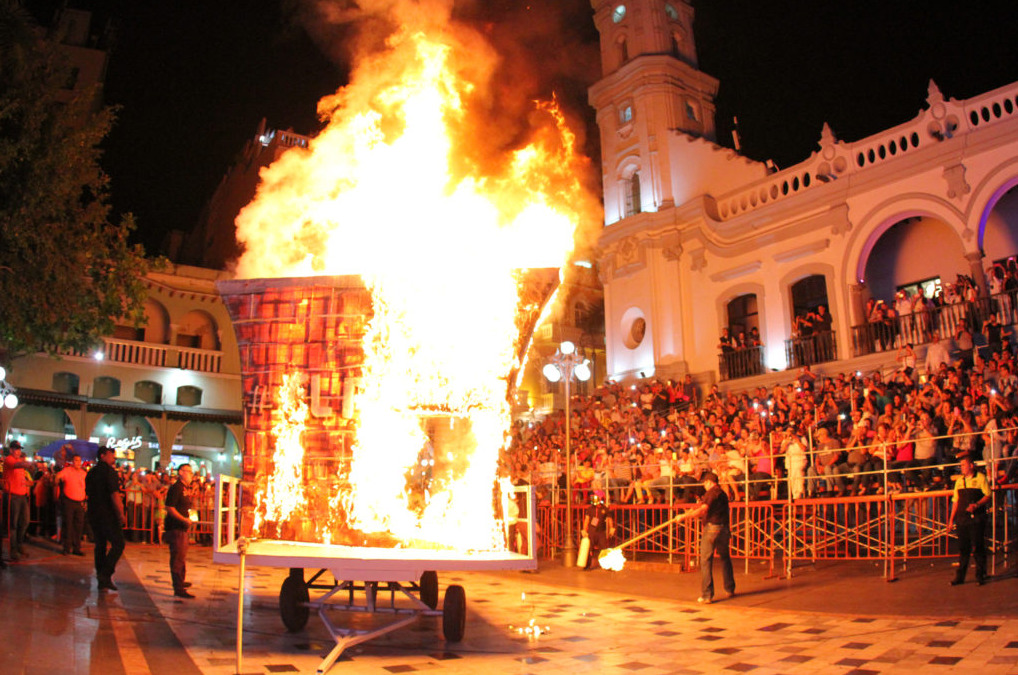 Coronation of the Carnival King and Queen:

The long-awaited event of the carnival is the coronation of the Carnival Queen and King, who will preside over all the festivities. The Carnival Queen usually represents local beauty, while the King is the crude incarnation of the Roman deity of mockery and malevolence, Momo. Together they are responsible for conveying happiness to their subjects. And after the coronation, one of the biggest dance parties ever held in Mexico begins! 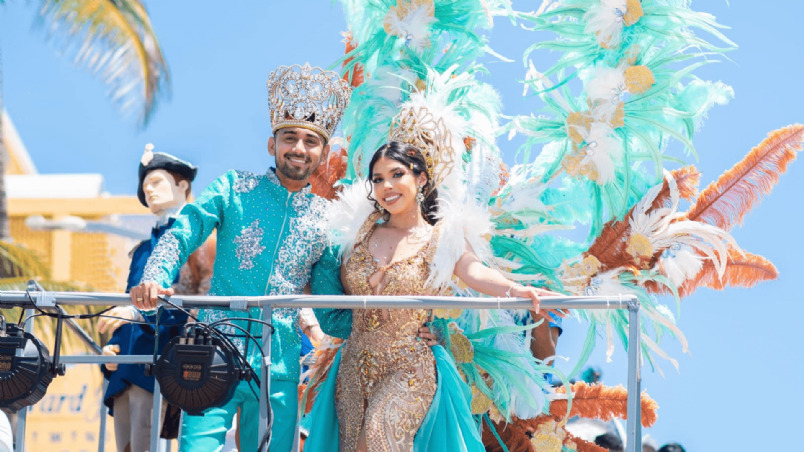 Parades are the main events of the Veracruz Carnival. Each year the carnival has six major parades on different days, including a children’s parade.They follow a four-kilometer parade route that runs along Manuel Ávila Camacho Boulevard. Two parades are held on Saturday and Tuesday mornings, and four parades are held every evening, Saturday through Tuesday.

Each parade features no fewer than 50 platforms, marching bands, dance troupes, folklore groups, musicians, percussionists, and many others. Extravagant events take place throughout the city and feature elaborate costumes, masks, and colorful platforms. The parades are attended by thousands of spectators who cheer on the performers throughout the parade route, creating a noisy but fun atmosphere in the city. Citizens come out in droves to see the parade and wear creative and fun carnival costumes. 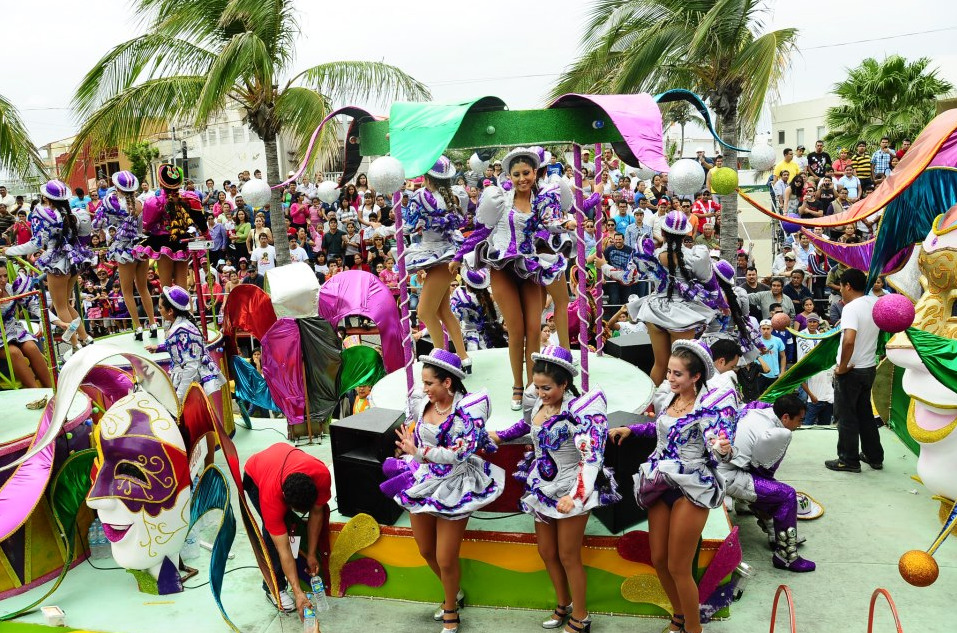 For the most part, the parades don’t vary too much. They all feature beautiful, barely clothed women dancing to Latin American music on extremely impressive platforms. And it’s not unusual to see costumed transvestites parading alongside women in sparkling dresses. The platforms, known as «carros alegóricos» or «allegorical cars», are decorated in true Mexican style. They are bright, colorful, and decorated with many decorations.

It is highly recommended that you see at least one of the four incredible night parades! There is such an electric energy that is created by the interaction between the crowd and the performers. On Sunday carnival night, the most lavish and large-scale carnival parades take place. Parades on other nights tend to be more modest versions of a weekend parade.

The sounds of harps, marimbas, guitars, and jaranas can be heard throughout the city, where salsa and samba are played and danced. Traditional comparsas, batoneras, batucadas (groups of drummers) and dance groups meet in the town square and in other parts of the city, putting on amazing performances whose only purpose is to bring people joy. But what you definitely shouldn’t miss is the dance party held at the socalo. This is the time when couples get together and dance the danzon. 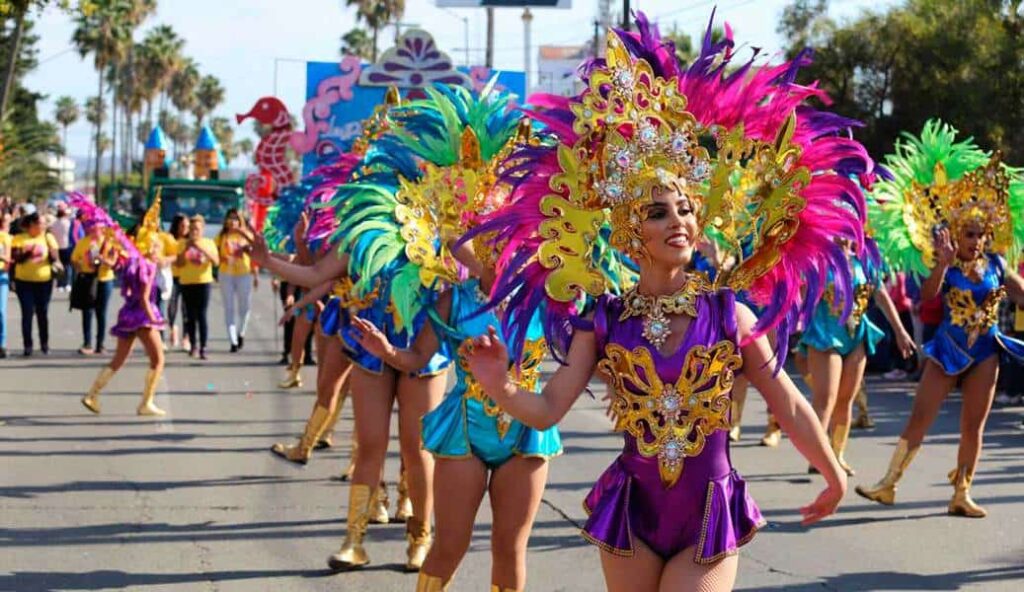 In addition to parades, dances, and parties, there are also many artistic, cultural, and sporting events. Add to this fireworks, a market with handicrafts, carnival rides, games, folklore shows, live entertainment, lots of booze and delicious food, children’s parades and street parties, and the Veracruz Carnival becomes one of the great celebrations of Mexico!

Carnival ends with the funeral of the holiday spirit Juan Carnival, which marks the end of the many grueling days of festivities. It is a parodic funeral for the symbol of carnival, who is accompanied by his royal court. Everyone pretends to mourn him by wearing mourning robes. This procession of mourners bids farewell to the carnival and concludes this year’s festivities.

During Juan Carnaval’s funeral, which takes place in Socalo, a testament is read that is filled with ironic and sarcastic jokes about political and social affairs in Veracruz and throughout Mexico. 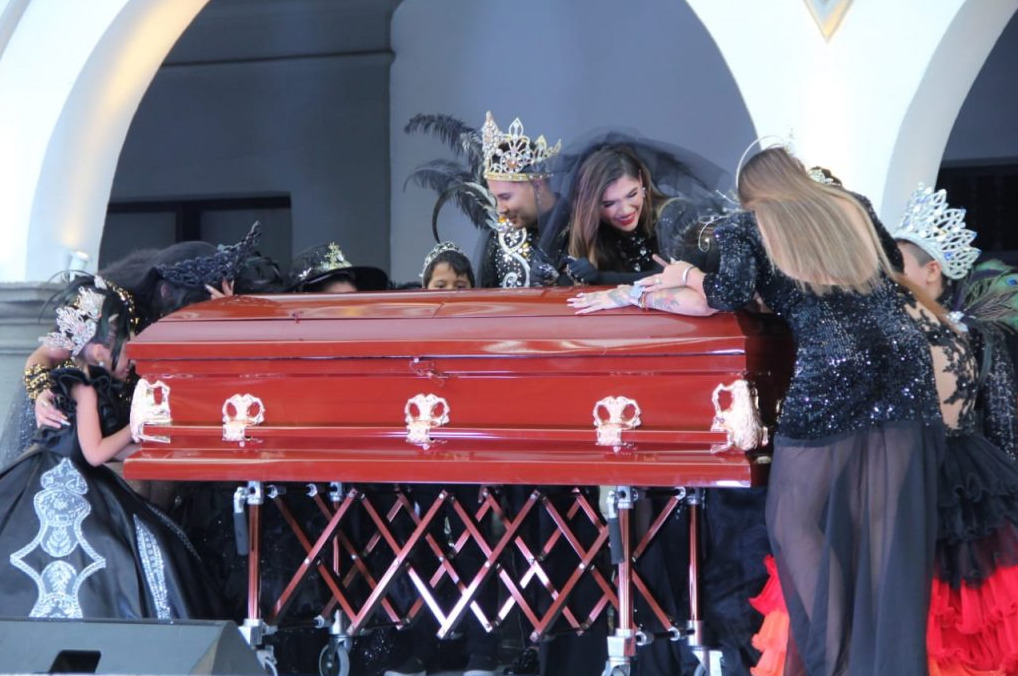 It is a way for people to express their discontent and disagreement with the political and economic situation through humor.

Order of celebration of the carnival in Veracruz in 2023: 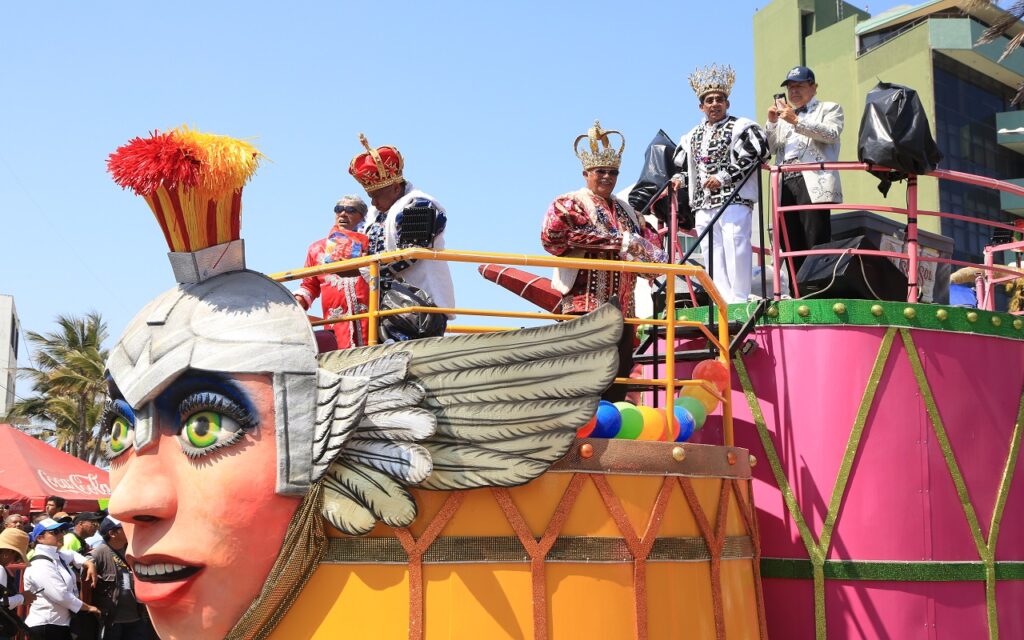 How to get to Veracruz?

What is the weather like during Carnival in Veracruz?

It is a way for people to express their discontent and disagreement with the political and economic situation through humor. 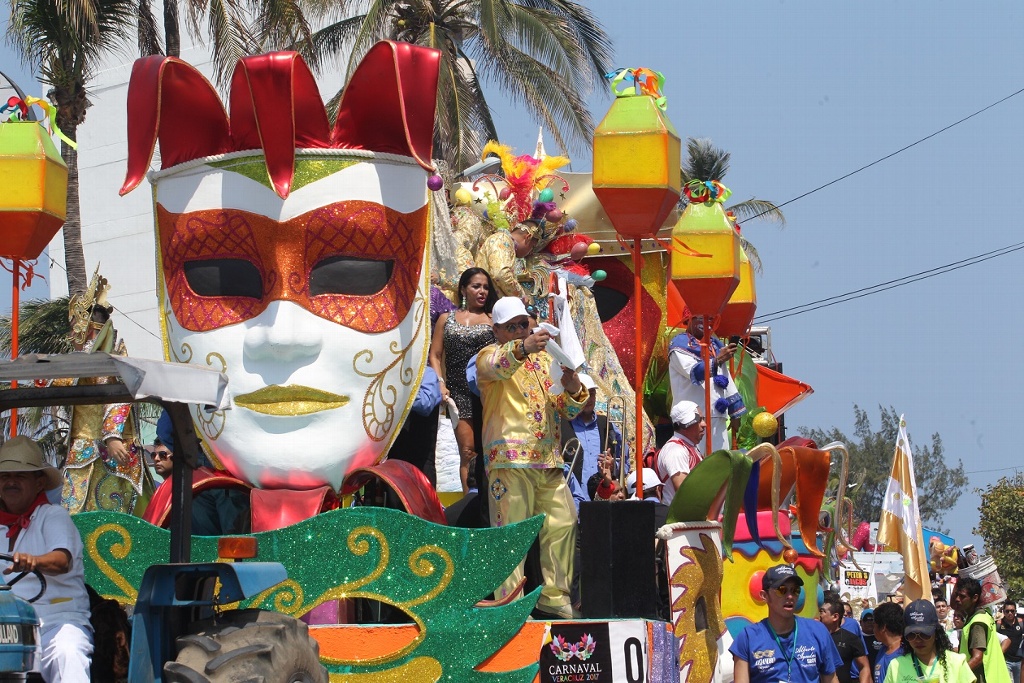 Is it safe at the carnival in Veracruz?

Veracruz is generally considered a fairly safe city, especially in tourist areas. The main problem is petty crime due to large crowds of people, such as pickpocketing. That said, there are many police officers in the city to protect tourists, and their presence increases during the carnival. Leave valuables such as jewelry, passport, etc. in the safe at your hotel. And if you need to take something with you, don’t take them out for too long.
Rate this article